skip to main | skip to sidebar

Book Project- Behind the Roman Nose 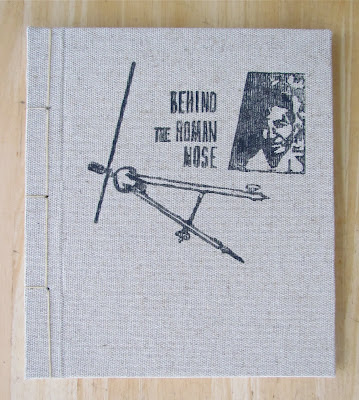 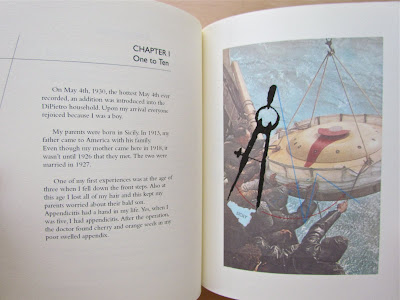 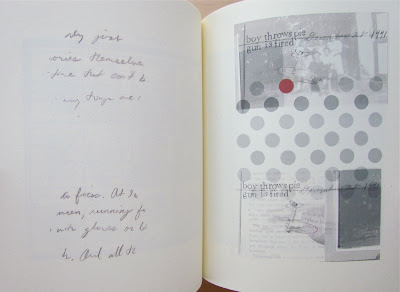 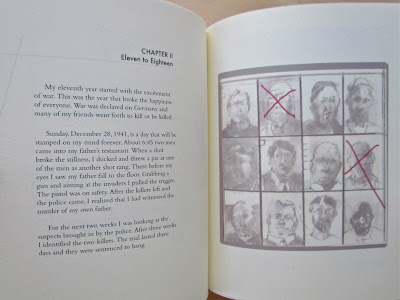 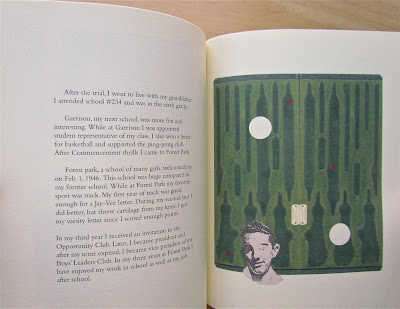 As a transcribed and illustrated book of my grandfather's "autobiography" (written for a class project when he was in eighth grade), Behind the Roman Nose is at once a graphic imagining of the events described as well as a testament to the power of stories passed down. These fragments are in no way the whole picture, but often become the majority of what we remember about family members. The entire edition was distributed amongst family members as a holiday gift. 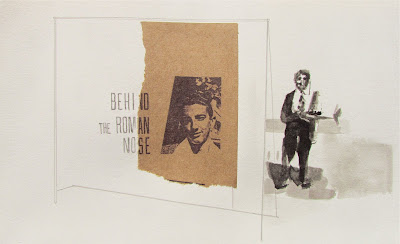 "Study for Behind the Roman Nose" ink, graphite and inkjet collage, 2008
Posted by Christopher at 9:40 PM No comments: 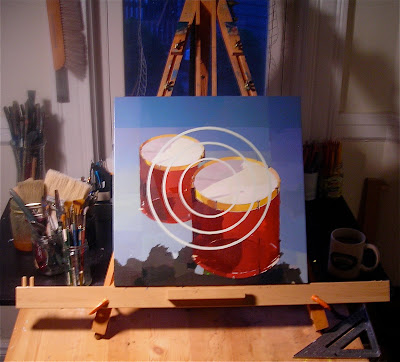 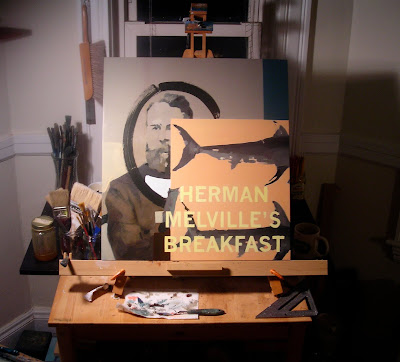 Herman Melville's Breakfast and as-of-yet untitled painting of drums.
Posted by Christopher at 8:48 PM No comments: 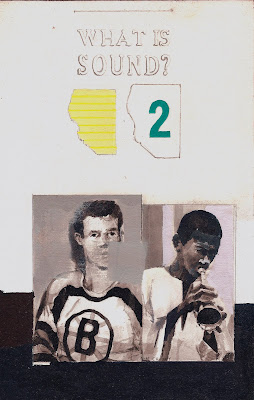 Some Background:
Don Cherry (November 18, 1936 – October 19, 1995) one of the most outstanding figures of avant-garde jazz in the 50's and 60's; playing with the likes of Ornette and Coltrane. A complete innovator with a pocket trumpet.

Don Cherry (February 5th, 1934) one of the most celebrated tv personalities of the NHL. Known for his impeccable taste in suits, as well as his short career (one night) as a player on the '55 Bruins. Went on to coach the team.

Building a painting from coincidence up. Don Cherry made a surprise appearance (in a tartan pattern suit) at my first Bruins game this past year. My brother, being the hockey player of the family, was beside himself and informed me of Mr. Cherry's importance. Later on, I told him of Don Cherry's great importance to the history of jazz. I mostly enjoy the idea of two Dons and their wildly divergent, yet equally amazing career paths.
Posted by Christopher at 6:52 PM No comments: 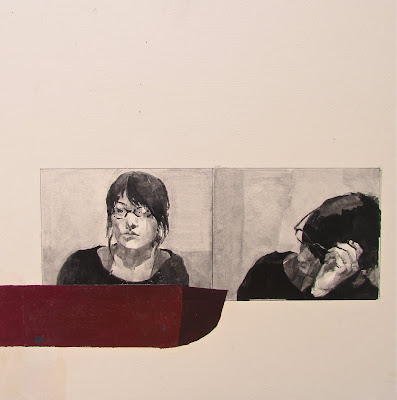 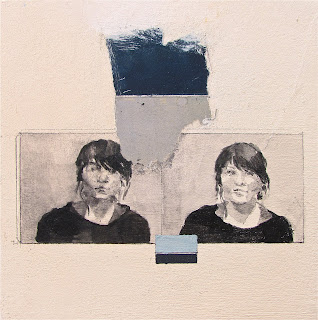 Once again, playing with the double-image, this time dealing with portraiture. In #2, the shape that resembles a state is the happy accident of an earlier painting. I consider a painting like this to be a bit experimental; to see what will happen if four elements have to get along without any conceptual logic supporting them.
Posted by Christopher at 8:39 PM No comments: 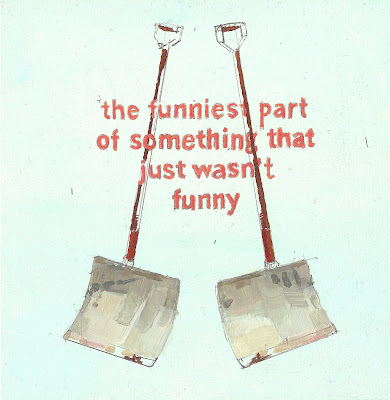 An ode to Duchamp's "In Advance of the Broken Arm" and the idea of Art as Utility. Literally in this case. I think the humor and wit of conceptual art can sometimes undermine its' power. Then again, humor seems to be the backbone of these artists starting with DADA and Duchamp through word artists like Richard Prince and Mel Bochner. I suppose there's nothing wrong with a joke that takes itself seriously.
Posted by Christopher at 8:00 PM No comments:

Christopher
This blog is the online home of my paintings and prints, as well as writings on the subject of art in general. Check back often, leave a comment and thanks for your interest.